Some people have asked us when Frank and Hazel Houston passed away. We hope you find this article informative. 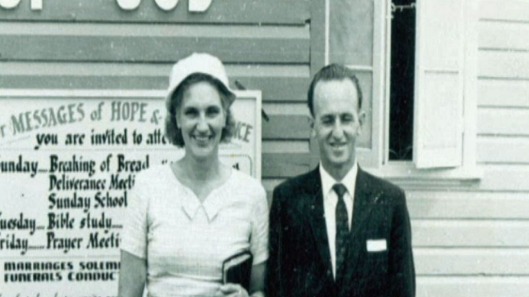 Frank Houston, considered the father of Sydney’s Pentecostal churches, began preaching to nine adults and five children and built a congregation of thousands that is still growing.

Mr Houston, who died on Monday aged 82, founded the Sydney Christian Life Centre in 1977 at Waterloo and spent 22 years building a movement that became the Hillsong church.

He was the most senior Assemblies of God figure in NSW before was sacked by his own son after he admitted having sexually abused a boy in New Zealand more than 30 years ago.

Yesterday, Hillsong and Mr Houston’s son, Brian, the national president of Assemblies of God, welcomed him back to the fold to send him out properly.

“He was a man who perhaps made some big mistakes a long time ago,” Brian Houston told more than 1000 mourners in Waterloo’s Hillsong assembly hall. “But everyone here knows that he was a man who stood for what he believed in.”

Mr Houston was credited with helping to convert the jockey Darren Beadman.

A friend, Jonathon Wilson, said one of Mr Houston’s favourite sayings was “To hell with the devil”. “I don’t believe the church would be where it is today if it wasn’t for his life and for his ministry,” Mr Wilson said.

The church he built at Waterloo merged with his son’s church at Baulkham Hills to become Hillsong after he exposed himself as a pedophile.

Brian Houston told mourners his father was the greatest evangelical preacher he had ever seen. “In my biased opinion, he was in a class of his own.”

Frank Houston, whose wife, Hazel, died six months ago, suffered a massive stroke last Sunday night and died about 8am on Monday.

15 thoughts on “A news report on Frank Houston’s funeral…”