BRIAN “JUDGE NOT LEST YE BE JUDGED” HOUSTON

It is not uncommon to see Brian Houston to “cast the first stone” at Christians or nonbelievers who question him. Brian Houston for a long time has hated anyone who questions him or the way his movement operates. 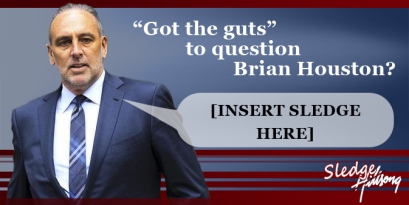 “Can I have your attention for a moment before anyone moves.

Firstly, that was a great, great session. And practical. And we love pastor Rick. Uh-

Second thing is, obviously young people are about to go off to ‘Young & Free’. Now [crowd applauses] just a word for the young people. And I want you to listen to me. Out in the forecult- court right now is an Australian program called A Current Affair. They are a malicious program. They have a constant agenda against Hillsong. They lie. They’re underhanded. And they’re asking young people questions. And I want to encourage every young person here not to answer them. Not to talk to them. [Crowd applauses] And certainly don’t talk about things – haha – certainly don’t talk about things that you know nothing about. Alright?”

And as for who is here and who isn’t there, it’s not for you to tell.”

These below articles are other clear examples of Brian Houston’s unhealthy hatred to anyone who questions him. Don’t forget that even yesterday in his interview with Rick Warren, both Warren and Houston dared to depict their critics as liars and murderers and themselves as sinless Messiah-like figures before Pontious Pilate. This is not an uncommon tactic as we have also seen C3 Church and City Harvest Church use similar propaganda-like tactics. 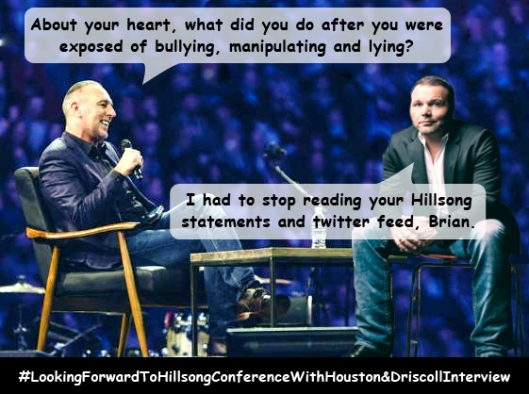 31 thoughts on “Houston disgraces Australian News program at Hillsong Conference: “They are a malicious program… they lie… they’re underhanded.””