HE WARNING SIGNS WERE THERE: WORSHIPING CELEBRITY CHRISTIANS

Since February 2015, we have believed that Hillsong would their very own TV Channel when an article titled “Justin ‘Believer’ Bieber to perform… from the pulpit” hit the internet. The article implies that they got this information from a Hillsong insider who knew Justin Beiber. Hillsong’s reaction to the newspapers claims was FAST – which is odd, (if this information was false).

After sorting through Brian Houston and Hillsong’s PR (Lyall Mercer’s) online word games and doing a bit of our own research, we concluded that Hillsong were deliberately targeting US celebrities and Christian celebrities to start their own TV channel.

We have even seen footage of Justin Bieber practicing (not worshiping) with Joel Houston floating around the internet. And Selena Gomez performing her ‘Jesus is my boyfriend’ worship song ‘Nobody ‘at Hillsong only confirmed this Hillsong Channel concept:

If Hillsong leaders are quite prepared to use people and ‘destroy’ them (even if they are close friends or made the Hillsong music label), then we need to be even more concerned that Hillsong will use these tactics on people like Justin Bieber and Selena Gomez.

With Hillsong’s appalling track record of:

Hillsong is proud to announce that they are about to release a new TV Channel: 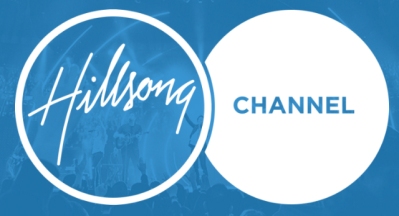 “Introducing the Hillsong Channel, broadcasting 24 hours a day, 7 days a week. Get a front row seat and a backstage pass to all that’s happening at Hillsong around the globe. Be empowered by leadership teaching from Pastors Brian & Bobbie Houston and the international Hillsong team, and inspired by worship with Hillsong United, Young & Free and Hillsong Worship. Catch all the latest from Hillsong’s global conferences, exclusive interviews, documentaries, fun for the kids, youth programs plus much more.”

For all you discerning Christians out there, do you notice what’s missing?

(They’ll start slapping his name on everything soon enough.)

Isn’t it interesting that it’s all about Hillsong and not our Savior? Because their emphasis is on themselves and not the Way, the Truth and Life, is it any coincidence that their adverts for their channel are already spreading lies?

HAS HILLSONG EVER PROMOTED THE “WORLD’S GREATEST TEACHERS”?

They could have at least said “popular teachers”. But they are no way the “world’s greatest teachers”.

Linked below is their promo video. You will notice that they have Driscoll make an appearance in this as well which is a slap in the face for the church and the world considering Brian Houston lied internationally about the fact that Driscoll was not going to turn up to the Hillsong Conference 2014.

While we made some serious claims about Hillsong at the beginning, take a step back and see the bigger picture on what this movement is founded on: lawlessness and unbelief.

Hillsong’s founder Frank Houston KNEW he was biblically disqualified to take the office of pastor. That did not stop him from using the name of Jesus to make an empire for his son Brian Houston. Nevertheless, Brian Houston imitated his father which is why he wanted to become a pastor – NOT because he was passionate about the gospel to see people saved (in fact, Brian Houston doesn’t even know the gospel).

From the very beginning, Frank Houston did not have faith in God and His Word – instead Frank made a name for himself.

Brian Houston is no different. Just like his father, he built his church on popularity – not on the Word of God. This is why it is hard to find Hillsong Apologists biblically defend their movement and what its purpose is. They are biblically illiterate. And in similar fashion to Brian Houston, resulting in twisting Jesus’ words to defend their lawless leaders and their cult-like behaviours (eg. “Judge not lest ye be judged; he who hasn’t sinned cast the first stone; for all have sinned”, etc).

Furthermore, Brian Houston is not biblically qualified to preach at all. Not only did he neglect proper biblical study to prove he was a pastor, he continually flunks every sermon he preaches with no concept of the gospel or how to read the bible. What does this mean?

According to Jesus, He Himself claims Brian Houston, like other false teachers, is a thief that has come to steal, kill and destroy (John 10:10) and is to be regarded as a criminal/lawless one/wicked one for the false prophet that he is (Matt 7). Jesus gives us specific instructions to watch out for these deceivers (Matt 25).

Feel free to prove us wrong – pick up your bible and test what Brian Houston says in the name of God to the Word of God. If you aren’t discerning enough, then look at the fruit of this man:

It was Brian Houston who covered up his father’s crimes and used their conferences and church services to mislead the world about Frank Houston’s pedophilia. (See the Royal Commission into institutional responses to child sexual abuse – Case 18.)

It was Brian Houston who uses his Hillsong conferences to import and export heresies around the world.

In our opinion, if you want to promote lawlessness and criminal activity in your country, feel free to promote this lawless, narcissistic, self-pleasing, ear-tickling network to your nation. You’re not going to get law and gospel rightly preached.

Instead, you have a cult, disguised as a “Christian charity” organisation, that’s skilled at covering up crimes just to make their Hillsong brand look good.

That’s what was already compromised before the Hillsong Empire even started: It’s not about Jesus – it’s about unbelief, the praises of men: Hillsong:

If they’ve gotten away with deceiving people at this magnitude, what makes you think they are not going to deceive you too?

To end, we suggest readers watch Walter Martin’s prophetic warning of the church to stand and address these cults before it is too late:

8 thoughts on “Hillsong Channel – all heretics, no Christianity”