Here is some more information about the Hillsong protest in London:

Earlier this month, Brian Houston, pastor of Hillsong Church, appeared to respond to the protests and petitions about Mark Driscoll’s appearance at the church’s summer conferences.  He issued a statement which sounded like Driscoll would not have a presence at the Hillsong conference, underway now in Sydney Australia. Houston said (full statement here):

After personal interaction with Mark Driscoll today, we have agreed that he will no longer be coming to Australia or the UK to attend Hillsong Conference. It is my hope that Mark and I will be able to speak in person in the coming weeks to discuss some of the issues that have been raised, what – if anything – he has learned, and for me to understand better how he is progressing in both his personal and professional life.

The teachings of Christ are based on love and forgiveness, and I will not write off Mark as a person simply because of the things that people have said about him, a small minority of people signing a petition or statements he has made many years ago for which he has since repeatedly apologised.

However, I do not want unnecessary distractions during our conference, particularly as this 30 minute interview was only a small part of this five day event. It was clear to me that Mark’s attendance had the potential to divert attention from the real purpose of Hillsong Conference, which is to see people leave encouraged in their own spiritual journey.

However, as I reported last night, Driscoll and his wife did appear via a pre-recorded video interview with Brian Houston. Video and audio are available in that prior post. The controversy surrounding Driscoll was big news in Australia prior to the conference. A protest at the church and a petition against the appearance seemed to trigger interest among Australian media. The people behind the protest and petition now feel betrayed by Houston’s decision and reached out with the following statements.The leader of the Hillsong protest, Benjamin Wheeler issued this statement:

Today Brian Houston made Christianity look really bad. After having very much led everyone to believe he was cancelling Mr. Driscoll’s appearance at Hillsong Conference, and thereby escaping the gigantic pressure and negative repercussions and protests at the conference, Mr. Houston went ahead with a videotaped interview anyway, thereby in some weasely, conniving way sticking to the letter of what he’d said although clearly intentionally he blatantly lied. This is one if the more outrageous things I’ve seen from a very powerful Christian pastor. It leads me to disbelieve anything he might ever say in the future, and more generally to more thoroughly than ever find Christianity unattractive. How are we to believe anything Brian has said with regards his own supposed innocence and integrity with regards his own paedophile father and Hillsong founding pastor Frank Houston, if this is how he operates? My experience with so many Hillsong parishioners at Hillsong Church while protesting Driscoll over these last months has been that one after another they have said to me “Well, I trust Brian Houston to do the right thing.” Today Mr. Houston has clearly betrayed the trust of both church insiders and outsiders, and if Christians both inside and outside Hillsong don’t publicly call him to a higher standard than this, then they are absolutely complicit in his outrageous deception.

The organizer of the Change.org petition, Natalie Collins is now planning a protest at the London conference. She stated:

It is deeply disappointing, but perhaps not particularly surprising that Brian Houston used semantics rather than honesty to calm protestors and critics of Mark Driscoll’s involvement with the Hillsong Conference.  As a result of Mark Driscoll’s pre-recorded interview with Brian Houston yesterday, I have begun organising a protest which will take place at the Hillsong Europe Conference in London.  The petition and all the work being done to challenge Mark Driscoll’s ongoing lack of repentance comes from a place of wanting to stand in solidarity and unity with the many people whose lives he ruined. A protest will be organised and delivered to stand with those Driscoll (and now by extension, Hillsong also) has hurt and continues to hurt.

At the Change.org petition, Collins provides more details about the planned protest.

Please feel free to continue to share and sign this petition. Over the next couple of weeks I will be planning a protest at the Hillsong Europe Conference in London. It takes place on 22nd – 24th July at the O2. If you would like to join me, please email: befreeuk@gmail.com. 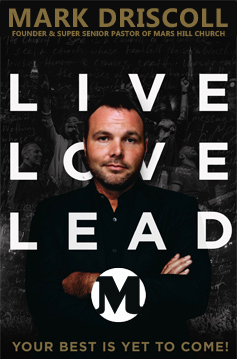