A former Hillsong preacher turned motivational speaker believes he is “more qualified” to help people after domestic violence charges against him were dismissed because he was suffering depression.

Pat Mesiti, 56, was charged after grabbing his now ex-wife Andrea by the neck during an argument over a party at their family home in Glenhaven on New Year’s Eve last year. Parramatta Local Court heard Mesiti, who pleaded guilty to common assault, was struggling with the separation from his second wife and was taking anti-depressants.

Magistrate Gary Still dismissed the charge for mental health reasons and ordered Mesiti to follow a treatment plan as set out by his doctor.Outside court, a repentant Mesiti said he had learnt a lot in the past three months: “I will keep doing what I am doing and keep trying to help people.” 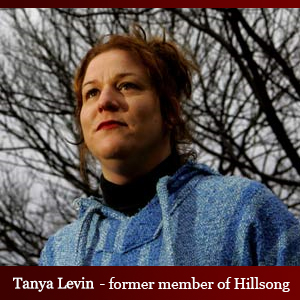 “What Pat Mesiti failed to mention in his FB update below was that the charges of domestic violence against him were dismissed by way of Section 32, which is a mental health defense. The conditions are that he has to continue his doctor’s appointments, and keep taking his medication.

But you can’t have it both ways.

If you’re mentally ill, even temporarily when you find out your estranged wife is having a NYE party without your knowledge and you have to attack her verbally and physically in an intoxicated state, then we have to ask when else this episodes descend and whether or not you were ill when you were claiming to hear from God.

Or you’re not mentally ill and you lied in court because that’s what frauds and abusers do. Being drunk is not a mental health condition. Neither is being a wife beater.

So which is it? Do tell me, exactly which illness do you have, Pastor Pat, that causes drunken fits of rage that police find you in? Because I can’t see it in the DSM anywhere. But there’s a whole lot here on pathological liars and narcissism. And there’s no pills for those either.

I’m sorry that all these systems failed you, Mrs Mesiti. I hope you are safe wherever you are.

Here’s a pic for those of you who are unsure whether or not Pat considers himself a man of the cloth.” 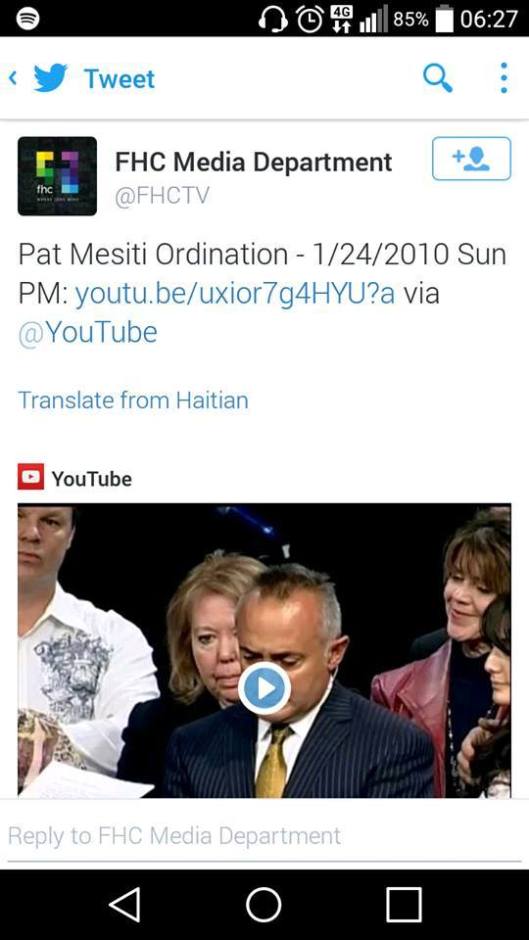 Silence is not an option for Hillsong.

When Pat Mesiti was exposed  for getting drunk and sleeping with prostitutes back in the year 2000, Hillsong’s senior pastor Brian Houston and C3’s senior pastor Phil Pringle worked to restore “money-magnet” Mesiti back into ministry. Pat Mesiti was officially restored back into ministry in 2006 and has been spotted at various times preaching on C3/Hillsong preacher networks.

There is no evidence to indicate he is now an ex-Hillsong or ex-C3 pastor since that restoration. If he isn’t a Hillsong pastor, Hillsong needs to make this clear.

Please also keep Andrea and her family in your prayers. She is a wonderful woman and deserves all the prayer and support of Christians everywhere.

A FORMER Hillsong preacher has pleaded guilty to attacking his wife on New Year’s Eve while they were finalising their divorce in a Western Sydney court.

Pat Mesiti, 56, confronted his second wife of 13 years, Andrea, at their Hyde Ave, Glenhaven home after seeing pictures of their niece hosting a party at the residence about 10pm on December 31, 2015.

He was at Wisemans Ferry celebrating the New Year with friends when he saw the images on Facebook and began calling and texting his wife.

“After arriving home, the accused being intoxicated has began arguing with all the partygoers including (his niece) demanding them all to get out,” according to police documents tendered to court.

“The victim and accused have engaged in a heated argument during which the victim told the accused that she had allowed the party to happen and that she gave permission for (their niece) to have some friends over whilst she was out.

“The accused had grabbed the victim by the neck. A physical altercation has ensued during which the victim has felt an impact to the right side of her head.”

Police said Andrea escaped the attack without any injuries.

Mesiti was not living with his wife at the time and they were in the final stages of a divorce.

He was charged with assault occasioning actual bodily harm and common assault however the former charge was withdrawn in Parramatta Local Court yesterday.

Magistrate Karen Stafford said his bail would continue with conditions that include not being able to “assault, threaten or harass” the victim or drink alcohol within 12 hours of seeing her for a period of 12 months.

“In a nut shell, you can’t do anything that will make her fear for her safety,” Magistrate Stafford said.

He was once a prominent television evangelist and preacher for Hillsong Church but they stripped him of his license after discovering he had been sleeping with prostitutes.

Since then he has become a successful motivational speaker and author.

The matter is scheduled to return to Parramatta Local Court for sentencing on March 23.