[Edit 28/08/2015 12:15pm: corrected the article and removed individuals name. We sincerely apologise for publishing this information and will make an effort to make sure information given to us will be scrutinized more thoroughly.]

Jordan Hall rightly calls out the bullying, the lies and disgusting slander Carl Lentz and Brian Houston pulled on Christianity in this below episode of Pulpit&Pen. 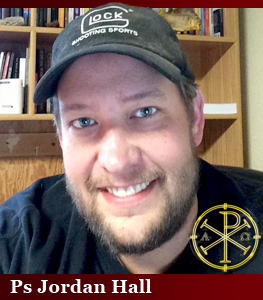 Hall played the audio of Brian Houston the previous year, exposing the fact that Houston lied in his recent media statement in regards to the Broadway Couple’s sexual status and Hillsong leadership status. Hall then reads out the Religious News Service story that only acted as a propaganda piece to further Hillsong and allow Carl Lentz to launch a disgraceful, slanderous and malicious attack on Christian churches who do not align themselves to the Hillsong way of doing church (40:00).

Jordan Hall points out how Carl Lentz falsely accuses the Christian church for killing homosexuals. And how Carl Lentz then uses this disgraceful attack to imply that these churches are not churches at all.

In today’s episode of Pulpit & Pen, JD answers a few sincere questions and then plays audio from Albert Mohler discussing Openly Secular’s role in a football star “coming out of the closet” as an atheist – which his colleague, SEBTS President Danny Akin endorsed. Awkward. Then, JD discusses Hillsong’s “smoking gun” and attempts to sanitize Hillsong’s Downgrade.

As always, you can listen above or download and listen from SermonAudio or iTunes by clicking the links below.

Christians and protestors expressed that they did not want the disgraced and unrepentant Mark Driscoll to be given a platform at this global event. Brian Houston, to remove the distraction to his conference and quieten the objections of Driscoll getting the platform, released this statement:

Houston bends knee to critics and media (Part 3): Driscollified to speak at Hillsong

Brian Houston’s statement gave the impression that Mark Driscoll was not going to be given the platform or speak at Hillsong Conference 2015. The fact is this: Brian Houston lied.

The interview between Mark Driscoll and Brian Houston did happen.

Brian Houston lied by omission. He covered up and mislead Christians and the international media through tricky words and technicalities. He did not livestream this event through the internet like he has done with his other sessions.

Furthermore, we have also noticed that there were no twitter, instagram or facebook commotion over Driscoll speaking at Hillsong Conference. So the question is, did Hillsong somehow communicate to attendees not to promote the Driscoll interview on social media?

One of our valued critics who is pro-Hillsong reported to us:

“Brian Houston has just talked to Mark and Grace Driscoll in a prerecorded interview at Hillsong Conference. Driscoll was very contrite, and Brian did ask some tough questions.”

However, Brian Houston did give Mark Driscoll the platform TODAY (30th of June) in spite of this information being absent for the Hillsong Conference 2015 Diary.

When you look at Brian Houston’s misleading media statement, we pointed out this sentence:

“It is my hope that Mark and I will be able to speak in person in the coming weeks to discuss some of the issues that have been raised, what – if anything – he has learned, and for me to understand better how he is progressing in both his personal and professional life.” [Source]

“It’s interesting to note that Brian Houston deliberately wrote that he STILL wants to speak with Mark Driscoll “IN PERSON in the coming weeks to discuss some of the issues that have been raised.” How long is “in the coming weeks?” Does this mean Mark Driscoll is STILL going to fly over to Australia? Is this meeting with Brian going to be private or public, and will Mark STILL be speaking, but just not at the Hillsong Conference?

Seeing how some churches are responding to Mark Driscoll, and knowing how Houston operates, it would not surprise us at all if Brian Houston does invite Driscoll to speak at Hillsong Church prior to the Hillsong Conference. After all, Driscoll is still meeting with Houston and “will be able to speak in person in the coming weeks to discuss some of the issues that have been raised”.” [Source]

We realised Brian Houston was up to something. However, we personally believed Brian Houston would not allow Driscoll to speak at the Hillsong Conference because he said this in his statement,

“However, I do not want unnecessary distractions during our conference, particularly as this 30 minute interview was only a small part of this five day event. It was clear to me that Mark’s attendance had the potential to divert attention from the real purpose of Hillsong Conference, which is to see people leave encouraged in their own spiritual journey.”

As ChurchWatcher, we apologise for suggesting that Mark Driscoll would not be given the platform at Hillsong Conference 2015.