“On your walls, O Jerusalem, I have set watchmen; all the day and all the night they shall never be silent. You who put the LORD in remembrance, take no rest..” Isaiah 62:6

We are deeply saddened to inform our readers that Pastor Philip Powell of Christian Witness Ministries has gone to be with his beloved Father in Heaven. He was one of the few faithful Pentecostal ministers we know, who dared stand against the onslaught of false teaching overwhelming Australian and New Zealand Christanity. May his work be remembered, cherished and used as a strong warning against the rising corruption coming against the body of Christ.

From Our Hearts at ChurchWatch

Philip Powell has served the body of Christ so faithfully throughout his life. He was a man who walked in exceptional integrity and was fueled by God’s Spirit and Truth, to seeing the Word of God go forth and to see people saved and transformed by the power of God. He was truly a teacher of the Truth; a shepherd for the defenseless, and God’s General in fighting against immorality, corruption and injustice in the Australian and New Zealand churches.

The scripture that comes to mind of Philip Powell is Jeremiah 20:9:

“If I say, “I will not mention him, or speak any more in his name,”
there is in my heart as it were a burning fire shut up in my bones,
and I am weary with holding it in, and I cannot.”

While pastors fell for the temptation to give assurances of peace when there was no peace decades earlier, Powell refused to back down from his biblical duty as a pastor and shepherd.

He had an unbridled fire in his bones that refused to die. It is inspiring to know that Philip Powell lived his life with conviction and strove to be a faithful witness and servant to the life of Jesus Christ.

In the past this pentecostal title of ‘General’ has been bestowed upon frauds. But we want to bestow the original ‘God’s General’ title on Philip Powell because a pastor such as this brought honour to traditional Pentecostal and AOG teachings and values. He fought to defend “the least of these”, and if it was not for his work, one has to wonder if Hillsong, the Australian AOG and the New Zealand AOG would have gotten away with covering up the scandal of pedophilia in their ranks for so long.

He was not a man to compromise, unlike many Pentecostal and AOG ministers today. Instead, he was stubborn to the end and never backed down defending the truth, in light of God’s Word.

To serve, to know, and to work with Philip Powell has been a privilege for us.

It is our prayer that the Australian, New Zealand and the global church recognise the work of this tireless fighter and heed the biblical warning of the times we live in.

Our prayers are with you Kathleen in this time. You married an outstanding man who will be remembered around the world for his courageous work. May the life of your husband inspire other husbands and fathers to step up to the plate to defend and lay their life down for God’s flock. 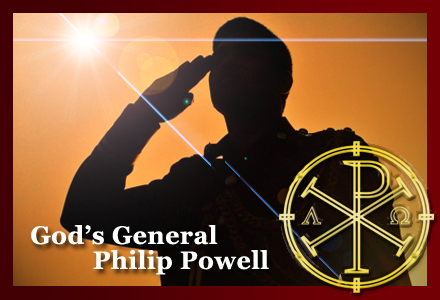 R.I.P Philip Powell – A defender of the faith and a churchwatcher to be remembered.

This email was released from Christian Witness Ministries.

Greetings in the blessed name of our Lord and Saviour Jesus Christ.

It is with blessed Hope I write this morning, to let you know that your friend and fellow pastor, Philip Lewis Powell has escaped his tent and has met with His Saviour over on the other Shore.

At 3:42am Brisbane Australia, this Lord’s Day, Sunday the 26th of April 2015, the call was given and Philip answered.

I know each of you held a place in Philip’s heart, as you worked with him as fellow Bond Slaves and errand boys, to bring Glory to God in the name of Jesus.

On Behalf of Kathleen and the Family (Powell and Pitman), Thank you for your continued prayer, friendship and labour in the Gospel.

The CWM family here and abroad, by God’s Grace, will continue to keep our hand on the plough, and not look back, until we all can be in the presence of our Saviour.

I look forward to hearing from you, as you are able, and will keep you updated on the Funeral arrangements here in Brisbane.

Please feel free to publicise this news as you see fit.

Every Blessing in Christ!