John MacArthur and the folks from Grace to You (GTY) have done the body of Christ a great service by continually warning Christianity against the growing dangers within the Charismatic movement. One such person who has joined the ranks of GTY is Cameron Buettel, author of Once Upon A Cross | The Bottom Line. 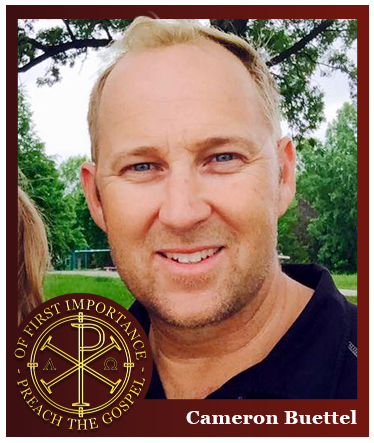 Recently, Buettel teamed up with Jeremiah Johnson to do an expose on the dangers of Hillsong worship. However, Justin Peters (of JustinPetersMinistries.org), also weighed in to the important discussion below the article. We wish to acknowledge his comments on Hillsong before you read GTY’s article.

“I want to thank Cameron and Jeremiah for this excellent post. Hillsong music along with that of Bethel (Jesus Culture) has infiltrated and overtaken the music services of even non-charismatic churches. Doctrinal depth has been jettisoned for songs that emphasize feelings, emotions and ambiguity. There is nothing wrong with feelings and emotions in and of themselves provided that they rest upon a solid doctrinal foundation. Anyone who is not moved at the core of his being when reflecting upon Who God is and the magnitude of what He accomplished on the cross should probably take some spiritual inventory. However, “spiritual” feelings and emotions unmoored from doctrinal truth are exceedingly dangerous. These songs do not constitute true worship. Hillsong and Bethel embody and promote theology ranging from that of Joel Osteen to hard-core Word-Faith/N.A.R. like Kenneth Copeland, Bill Johnson, and Todd Bentley. When unsuspecting congregants sing these songs displayed on the screens in their churches and see “Hillsong” or “Jesus Culture” as the sources (listed underneath the lyrics) they make the natural (and understandable) assumption that if these songs are ok and are being sung in the church then the churches which produced them must also be ok. Hillsong and Bethel use their music as a hook to suck people into their heretical theology. Make no mistake, these churches are not really that – churches. They are false churches led by false teachers who preach a false Jesus and a false gospel. This may sound like a serious charge but as one who has studied this aberrant theology in-depth, I stand behind it. Thank you, Cameron and Jeremiah, and thank you, GTY, for this needed and timely article.”

With big apologetic names now speaking out against Hillsong, we are only expecting a rise in Hillsong apologists defending their founding prophet Brian Houston and his divine teachings. The typical judge not nutters. The judgers of judgers. The critics of critics.

Grace to You writes,

“This is no performance
Lord, I pray it’s worship
Empty words I can’t afford
I’m not chasing feelings
That’s not why I’m singing
You’re the reason for my song

At this point in the song—titled “Only Wanna Sing”—the music soars, the strobe lights fire up, and everyone on stage and in the crowd begins to dance with reckless abandon.

The irony is hard to miss.

That song—by the band Hillsong Young and Free—epitomizes many of the issues with much of Hillsong’s worship music: vague lyrical content, confused doctrinal perspectives, and an emphasis on style over substance.

Hillsong’s philosophy fits well with the zeitgeist of our day. The social scientists now tell us that morality is subjective, gender is fluid, and truth is an illusion. Clearly, the precise theology espoused in ancient hymns won’t get the job done anymore.

Hillsong has probably done a better job than anyone else in filling the musical void that many modern churches have experienced. Their songs are catchy, their musicians are excellent, and their songwriters know how to “sound Christian” enough to salve the consciences of all in attendance. Consequently, their music permeates the Christian world, and their album sales are huge—even by secular standards.

Lest you anticipate some fundamentalist rant at this point, we need to be clear: This is not a screed against modern music infiltrating the church.

But we should be wary when our ancient and exclusive faith is overrun with modern songs featuring a fluid and indistinct message. In many instances, Hillsong lyrics are so vague they could be embraced by most religions.

At break of day, in hope we rise
We speak Your Name, we lift our eyes
Tune our hearts into Your beat
Where we walk, there You’ll be

With fire in our eyes, our lives a-light
Your love untamed, it’s blazing out
The streets will glow forever bright
Your glory’s breaking through the night

You will never fade away, Your love is here to stay
By my side, in my life, shining through me everyday

Those lyrics come from “Wake,” a song with no distinctive Christian element. In fact, there’s little to distinguish it from the forlorn ramblings of a junior high love letter.

Hillsong pastors readily point out that all their songs are reviewed for theological accuracy. But when it comes to songs like “Wake” and “Only Wanna Sing,” what is there to review?

Not all Hillsong worship songs suffer from ambiguity; some evidence attempts to be more theologically concrete. “What a Beautiful Name” is one example where the biblical themes are at least discernible.

The first verse references Christ’s eternality and deity: “You were the Word at the beginning / One with God the Lord Most High” (cf. John 1:1). Later, the song’s bridge refers to His resurrection: “Death could not hold You / The veil tore before You . . . For You are raised to life again.” And throughout the song, Christ is referred to as King.

However, the second verse is a great example of the doctrinal maladies that plague most of the Hillsong catalogue—malpractice, man-centeredness, and missing information

You didn’t want heaven without us
So Jesus You brought heaven down
My sin was great, Your love was greater
What could separate us now . . .

The writer of “What a Beautiful Name” would have us believe that the reason for Christ’s life, death, and resurrection was because He “didn’t want heaven without us.” That’s a nice sentiment, but it’s not remotely biblical. In fact, it’s doctrinal malpractice by people who should know better.

Nowhere does the Bible state that an unsatisfying solitude in heaven was God’s reason for redeeming people. Rather, the theme that resounds throughout Scripture is God’s desire to glorify Himself by redeeming sinners. Romans 3:21–26 explicitly describes Christ’s atonement as the display of God’s righteousness. Undoubtedly, the cross was also the demonstration of God’s great love for sinners (John 3:16), but that doesn’t mean He was lonely without us.

Furthermore, that unbiblical statement flows out of the man-centered worldview that permeates almost everything Hillsong does. Rather than seeing ourselves as the undeserving beneficiaries of God’s redemptive plan, we become the central characters in a story that’s meant to glorify God.

The other major problem that plagues even the best songs in the Hillsong library is also evident in “What a Beautiful Name.” Even when they get it theologically right, the missing information robs the lyrical content of any useful meaning. “My sin was great, Your love was greater” begs more questions than they’re willing to answer. It’s exceedingly rare for Hillsong worship to even mention sin, but even if they do it’s left completely undefined.

Similar subjects like God’s wrath, repentance, judgment, depravity, and personal holiness are virtually absent from the entire Hillsong catalog. But those biblical realities form the necessary background to explain most things Hillsong does talk about: grace, mercy, forgiveness, and salvation. If grace is unmerited favor, we need to know why we don’t merit it. Mercy is meaningless without understanding the wrath that we deserve. Forgiveness is incomprehensible without grasping our personal guilt before God. And salvation rings hollow when we’re never told what we’re saved from.

At the Strange Fire conference, John MacArthur had this to say about another popular Christian band, and what passes for worship music in many churches today:

Let me explain worship in a simple way. The deeper your understanding of the truth of God, the deeper your understanding of God Himself, the higher your worship goes. Worship is directly correlated to understanding. The richer your theology, the more full your grasp of biblical truth, the more elevated your worship becomes. You don’t have to turn the music on for me to worship.  Low understanding of God—superficial, shallow, understanding of God—leads to shallow, superficial, content-less hysteria. You can whip that up, you can create that kind of frenzy. It has nothing to do with worship; it isn’t worship; it’s not connected to worship; it is sheer hysteria in a mindless expression. You’ve been singing hymns this week. Why? Because there’s rich theology in hymns. We don’t have to go hysterical; we want your mind fully engaged. . . . I don’t need 7-11 choruses, seven words eleven times over. I need to advance the doctrine. I need to advance the richness. I need to deepen the truth and broaden the truth. And hymns have verses, not just five words repeated and repeated and repeated and repeated and repeated but never really with the nuances of theology. So, yeah . . . that’s not worship, that’s not even Christian. That’s no different than a rock concert. There’s a lot of ways to manipulate people’s minds, and they have figured out how do that.

Doctrine matters. At best, a steady diet of Hillsong music will leave you with an incomplete theology of salvation. At worst, it promotes unbiblical falsehoods about God, us, and how we can be reconciled to Him.

It’s worth pointing out that we did not cherry-pick the lyrics referenced above. In a musical catalogue as vast as Hillsong’s, it wouldn’t be hard to find a few weak songs to critique.

Instead, the songs mentioned above come directly from our visits to Hillsong church services. For a few months now, we’ve been visiting Hillsong Los Angeles—one of the ministry’s most recent church plants. While the American audience is primarily familiar with Hillsong’s worship bands, CDs, and concerts, throughout most of the rest of the world, they are one of evangelicalism’s fastest-growing church networks. With franchises established all around the world, they’ve recently begun to expand into the US.

In our estimation, Hillsong represents the next wave of the kind of seeker sensitivity John MacArthur has warned about throughout his ministry. They are cut from the same cloth as Robert Schuller, Bill Hybels, and Rick Warren—they’re just aiming for a younger, hipper audience.

Hillsong LA’s church services are virtually indistinguishable from rock concerts. From the moment you walk in, your eyes and ears are assaulted by incoherent multimedia displays, with vague artistry passing for profundity.

While the familiar elements of a church service are there—prayer, worship, teaching, etc.—they’re usually designed and deployed as an appeal to your senses, not your soul. It makes you wonder what people think they’re committing to during the pseudo-alter call that ends every service.

In the end, Hillsong’s carelessness and ambiguity extend beyond their lyrics, touching every element of their global ministry. In the days ahead, we’re going to look at the practical theology they proclaim, and compare it to their own doctrinal statements and ultimately to Scripture.

What you’re going to see—as we have seen firsthand—is that the significant influence Hillsong wields is sowing confusion and corruption into the next generation of the church.”